See our new website We Speak Multi for expecting and new parents, and antenatal practitioners!

The UK is increasingly multilingual. In 2016, 1 in 5 primary school children in England spoke English as an Additional Language – which is more than double the number in 1997, and most likely an under-estimate of the number of multilingual young people. In the 2011 Census, there were more than 600 different answers to the question, ‘what is your main language?’

This means that there are more and more families who speak one language in the home, and another in the community, or who speak more than one language at home. Their situations are diverse; they may be the only multilingual family in the neighbourhood, or they may be part of a community of speakers of a language; they may speak, write and read a language with a standardised written form and literary heritage, or they may speak a language without a written form; and the language may be perceived as high value or low value by its own speakers and others.

There is good evidence that communication within a family is a main predictor of young people’s subjective wellbeing. The OECD PISA 2015 Report found that young people were more likely to report feeling satisfied with life if their parents ate a main meal with them around a table and spent time just talking with them. Likewise, the 2013 Good Childhood Report found that parental support, including talking and listening, was positively associated with life satisfaction. The 2013 Good Childhood Report identified six ‘priority areas’ for children’s wellbeing: learning, money, environment, relationships, self and leisure. Of these, three have particularly obvious links to multilingualism: languages and the values attached to them by the self or others may form an essential part of identity, and so contribute to Self; they require and present an opportunity for Learning, potentially in many different contexts such as the home and community language schools; and they are the medium for communication which enables Relationships.

Research so far as well as anecdotal evidence suggests that there can be both negative and positive effects of speaking more than one language in the family: for instance, where family members place different value on their different languages, tensions may arise over different choices of language use, while maintaining languages can foster relationships with wider family members or give access to cultures and traditions. Key questions about wellbeing in multilingual families therefore include: 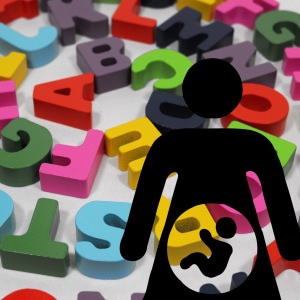